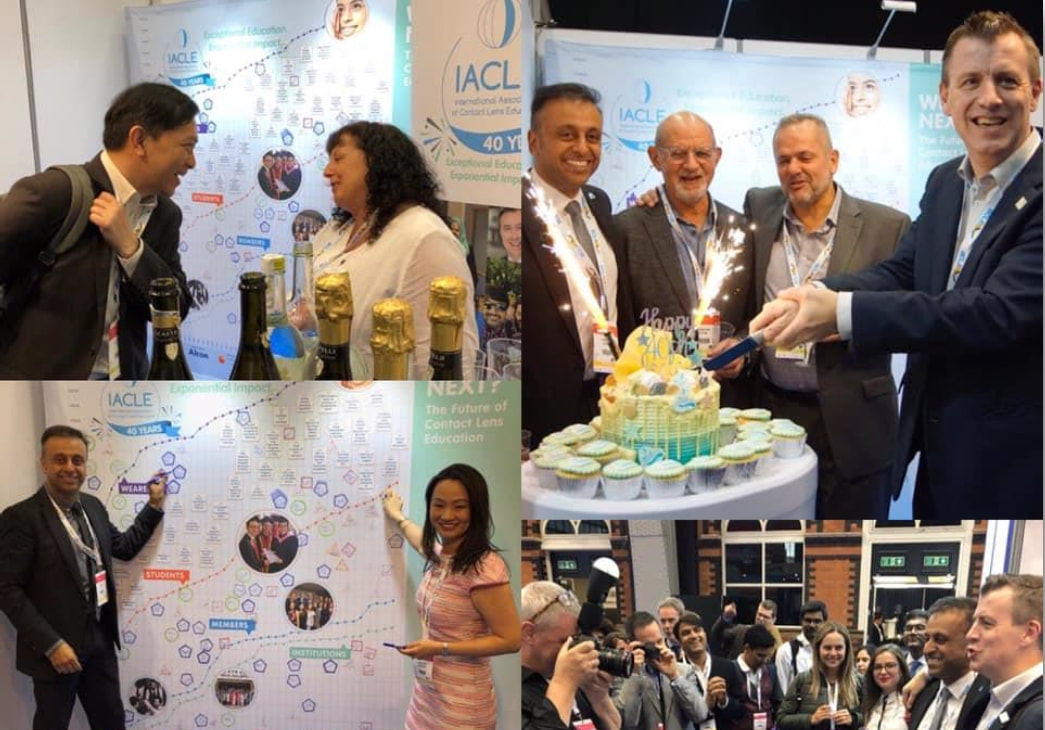 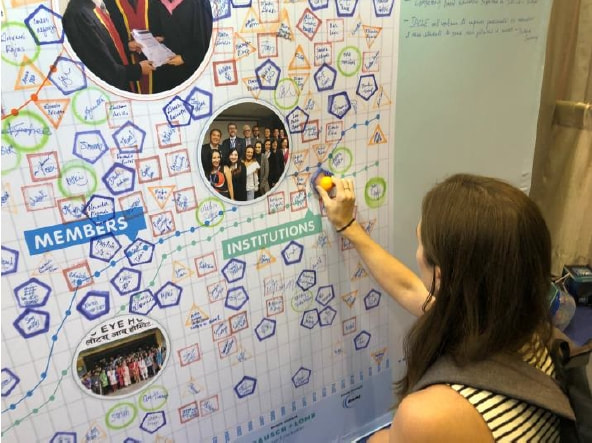 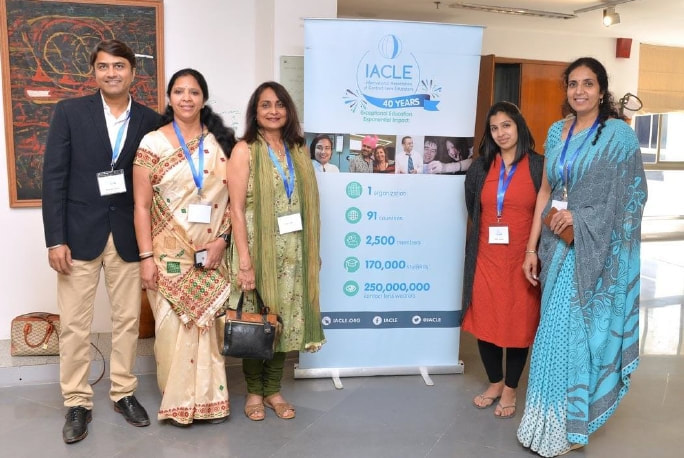 Make Your Mark:
IACLE Celebrates Four Decades of Exponential Impact
​
​​The International Association of Contact Lens Educators (IACLE) is composed of professors from universities worldwide, all of whom are dedicated to teaching the latest contact lens principles, technologies and techniques to optometry and ophthalmology students. In 2019, for its 40th anniversary, IACLE leaders wanted to elevate its visibility at a series of industry conferences in North and South America, Europe and Asia, creating interest among prospective members and generating more meaningful conversations with current members. However, it faced the reality of a limited budget that would need to stretch across an entire year and around the world.

Our overarching strategy was to use IACLE’s rich past as permission to speak to its future—one co-dependent on the organization, its members and its sponsors collaborating to thrive during an incredibly fast-paced evolution of contact lenses, educational methods and approaches. McDougall developed a theme (Exponential Impact) and a booth concept that would define IACLE for 2019: Make Your Mark. This called for conference attendees from all walks of the profession—educators, executives, researchers, students, and clinicians alike—to showcase their own contact lens milestones alongside those celebrated by IACLE.

An eight foot-by-eight foot fabric display wall was designed to highlight multiple points in time from 1979 through 2019 when IACLE “made its mark” on the industry, overlaying rapidly rising trendlines illustrating IACLE’s influence on the massive growth in contact lens prescribing and wear.  People were invited to indelibly “make their mark” on the wall, first with a colored stamp symbolizing how they did so (e.g., joining IACLE, entering the industry), then adding their signature using a commemorative IACLE 40th anniversary felt tip marker. They could also write their hopes, dreams and expectations for IACLE’s future, helping steer the profession. As the year went on, and the wall circumnavigated the globe, stamps and signatures grew.

The results of the program significantly exceeded all objectives. IACLE saw more than 300% increase in total booth traffic across all conferences, and the time of engagement with booth visitors grew exponentially versus past years, averaging several minutes as they took part in making their mark. Hundreds of signatures and stamps represented dozens of countries, spanning universities, manufacturers, research centers and consultancies. Before the year was even close to ending, IACLE had eclipsed its 2019 new member goal by 250 percent.

Bonnie Boshart, IACLE’s executive director, said, “For the first time in our history, we really engaged with conference attendees. Whether they were current members or just stopping by to learn about IACLE, people were excited to participate. There was such an energy at our booth at every event. I can’t imagine a better way to share the impact and celebrate IACLE than Make Your Mark.”