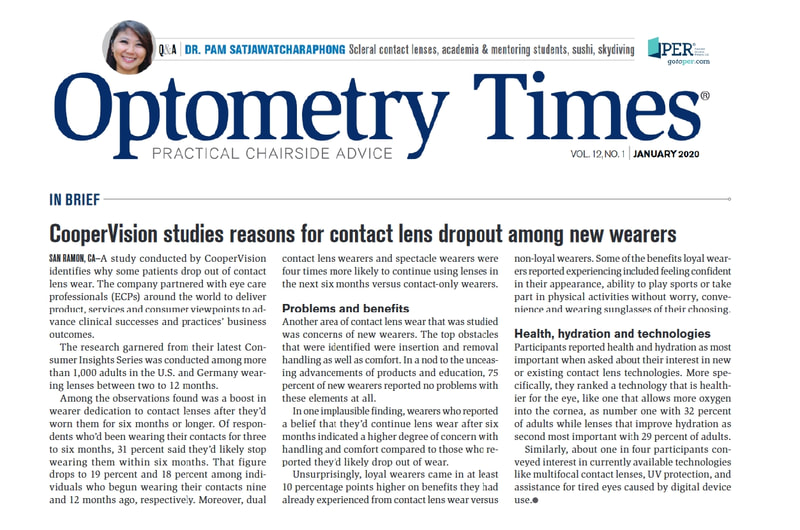 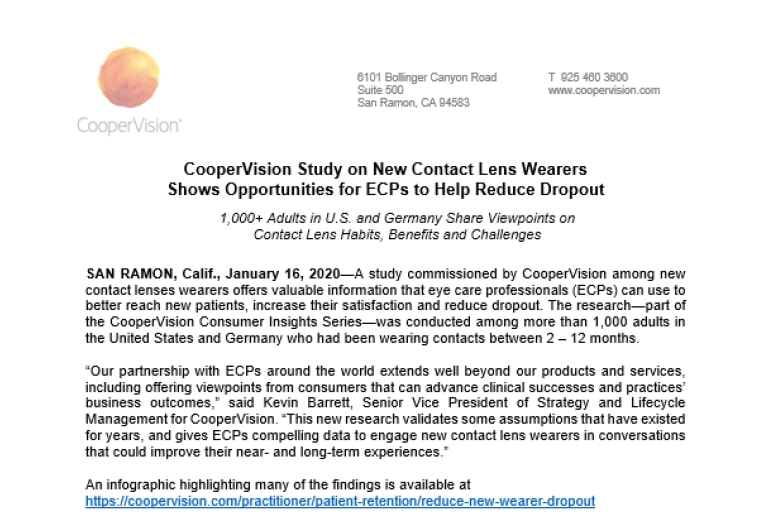 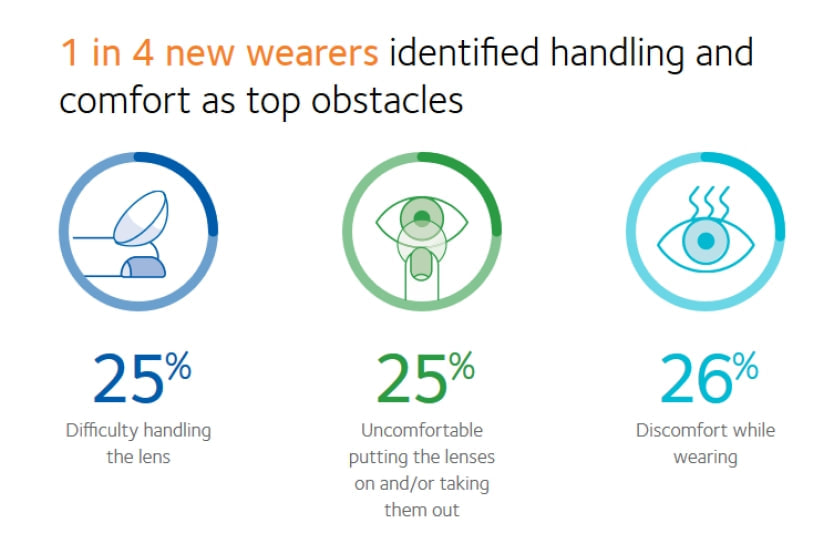 In an effort to sustain those conversations, McDougall Communications sought to drive discussion about new contact lens wearer attitudes and opinions by industry media, as well as distinctive content to engage ECPs directly. The PR team set about trying to uncover information and insights that would challenge ECP misconceptions about contact lens patients—information that could be holding back sales and cultivating retention.

The team undertook a study in the United States and Germany among contact lens-wearing adults. The survey confirmed some long-held beliefs as to what drove interest and purchase, yet also exposed gaps in the current experience. They also led to new insights—especially about changing perceptions over time—which were formed into a series of communications tools including a features-style news release for distribution on the eve of a major industry conference, a companion dynamic infographic hosted on CooperVision.com, and social media assets for the company’s global and regional owned accounts.

The research-centric initiative quickly achieved its objectives. A-tier optometric industry media in the U.S., Europe and Australia featured stories on the report findings within a matter of weeks. Professional Affairs representatives built the findings into their direct-to-ECP events for influential optometrists. Additionally, U.S. and European sales teams are now using the survey as a door opener for discussions surrounding new wearer fitting and retention.